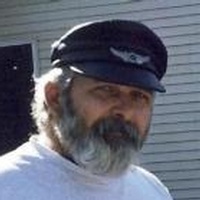 Jim served in the U.S. Coast Guard for four years and was stationed in Bayfield. He married Jewel Wachsmuth on October 1, 1976 in Washburn. She preceded him in death in 2005. Jim worked at the Marina in Bayfield and during this time he received his Capitan’s license. He was most recently employed at the Isle Vista Casino.

Jim enjoyed volunteering for the Red Cliff News and Radio Station throughout the years. He enjoyed fishing, photography, computers, karoke and organizing open mike events in Red Cliff. He loved being near the lake and music. He loved to play guitar with and for his family and friends.

Besides his first wife, he was preceded in death by his parents and a cousin, Candy.

A gathering of friends and family will be held after 5:30 PM, Thursday, December 30, 2010 at the Isle Vista Casino Bingo Hall.